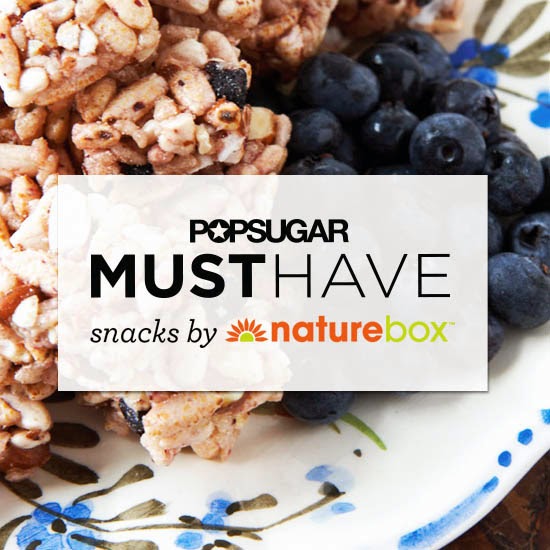 As a POPSUGAR Select Beauty member I was given the opportunity to try some fabulous snacks from the increasingly popular subscription snack service, NatureBox!  If you’re new to NatureBox all of the snacks are nutritionist approved, and the NatureBox websites gives a ton of information on the nutrition facts of each snack.  It’s a great way to broaden your healthy snack palette! =] 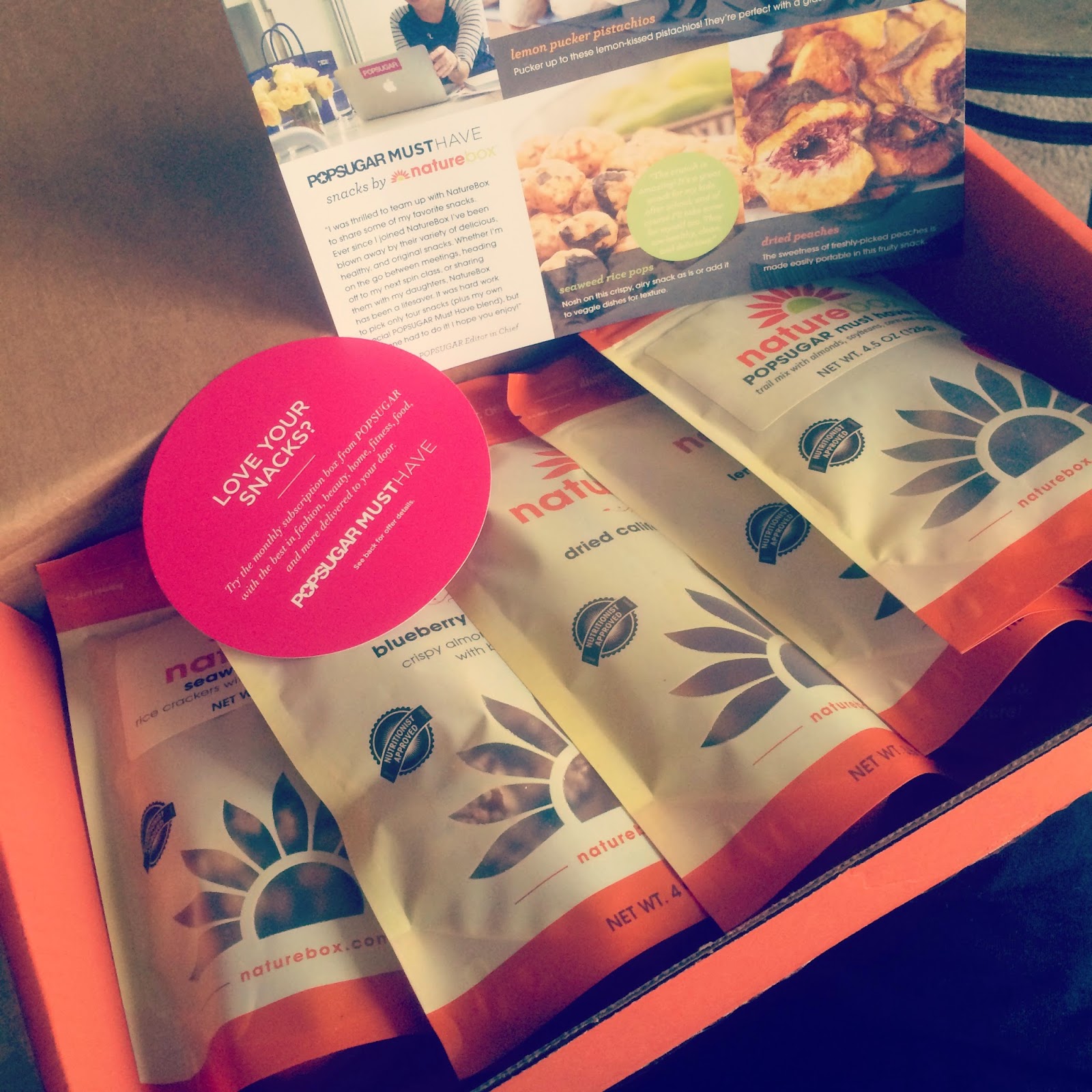 Honestly, this opportunity could not have come at a better time, I was preparing for my European Adventure and I, of course, needed some travel snacks for the plane rides!  I was delighted to open my box and see 5 different snack bags, each looking equally delicious…and most importantly, healthy!

My favorite snack, without a doubt, was specially created for this POPSUGAR Box- the “POPSUGAR Must Have Mix”, a trail mix of almonds, dried cranberries, corn, and soybeans.  I’m not lying when I say it’s the best trail-mix I’ve ever had in my life, and if I could snack on it all day everyday, I would.

Next up was my second favorite snack, the Seaweed Rice Pops. AH, it’s like soy sauce in snack form, hello, who wouldn’t love that?? It also has a distinct seaweed flavor, so if you don’t love seaweed, this may not be for you, but I know it was def for me!

The two snacks above were my goto snacks on the plane, they were so tasty and filling!

I’m not a huge almond person, so when I saw the Blueberry Almond Bites I wasn’t sure if I would be bias, so I decided to give them to a very important man in my life, I knew he’d tell me exactly what he thought about them.  And, of course, he ate the whole bag that day!  Here’s proof… 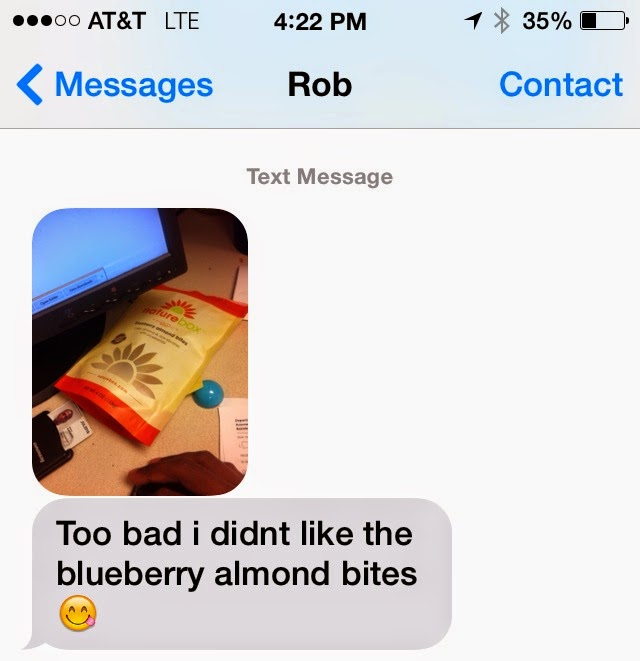 If you’re looking for a real fruity snack, then the Dried California Peaches, are for you!  I love dried fruit, and I mean really, who doesn’t love peaches??!  They were delish.

The last snack, Lemon Pucker Pistachios, really intrigued me.  I don’t like pistachios, but I love lemon, so I was torn on whether or not I’d like them.  Well, no surprise, I still don’t particularly love pistachios, but I really enjoyed the lemon taste, it added something to the pistachio overall, and I actually liked the combination of those to flavors.

If you’re interested in trying out NatureBox, especially the snacks you’ve gotten a small taste of here, join now for 50% off your first box!  That’s 5 snacks for only $10!!
[Disclaimer: POPSUGAR and NatureBox provided me with a complimentary POPSUGAR Must Have Snacks by NatureBox box. The opinions I have shared about the box are my own, and POPSUGAR and NatureBox did not tell me what to say or how to say it.]