Skip to content
Okay so really, I was mildly obsessed with all of the macaroons, pastries, and any other form of dessert I found in Paris.
& best part about it, I never felt guilty about eating ANY of it because…
1. I mean who cares, I was in Paris
&
2. I walked everywhere in the city, literally everywhere. 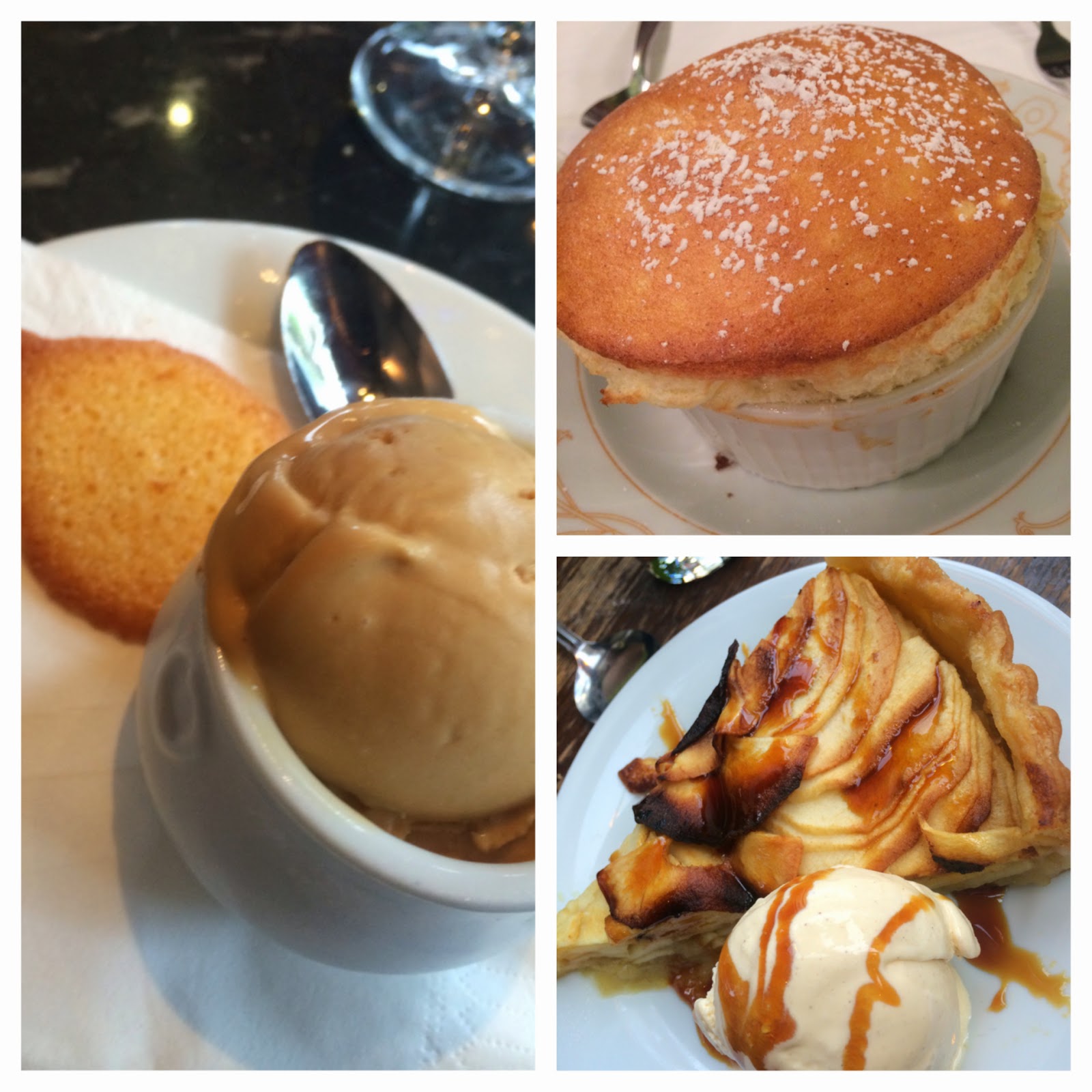 Here we have a salted-butter caramel ice-cream with a cookie, one’s basic lunch time dessert, from La Terrasse.
The top corner is a grand marnier souffle, from La Fermette Marbeuf, which was so light and had such a strong flavor I thought I was getting drunk.  The last is a warm apple pie, drizzled with caramel, I die. 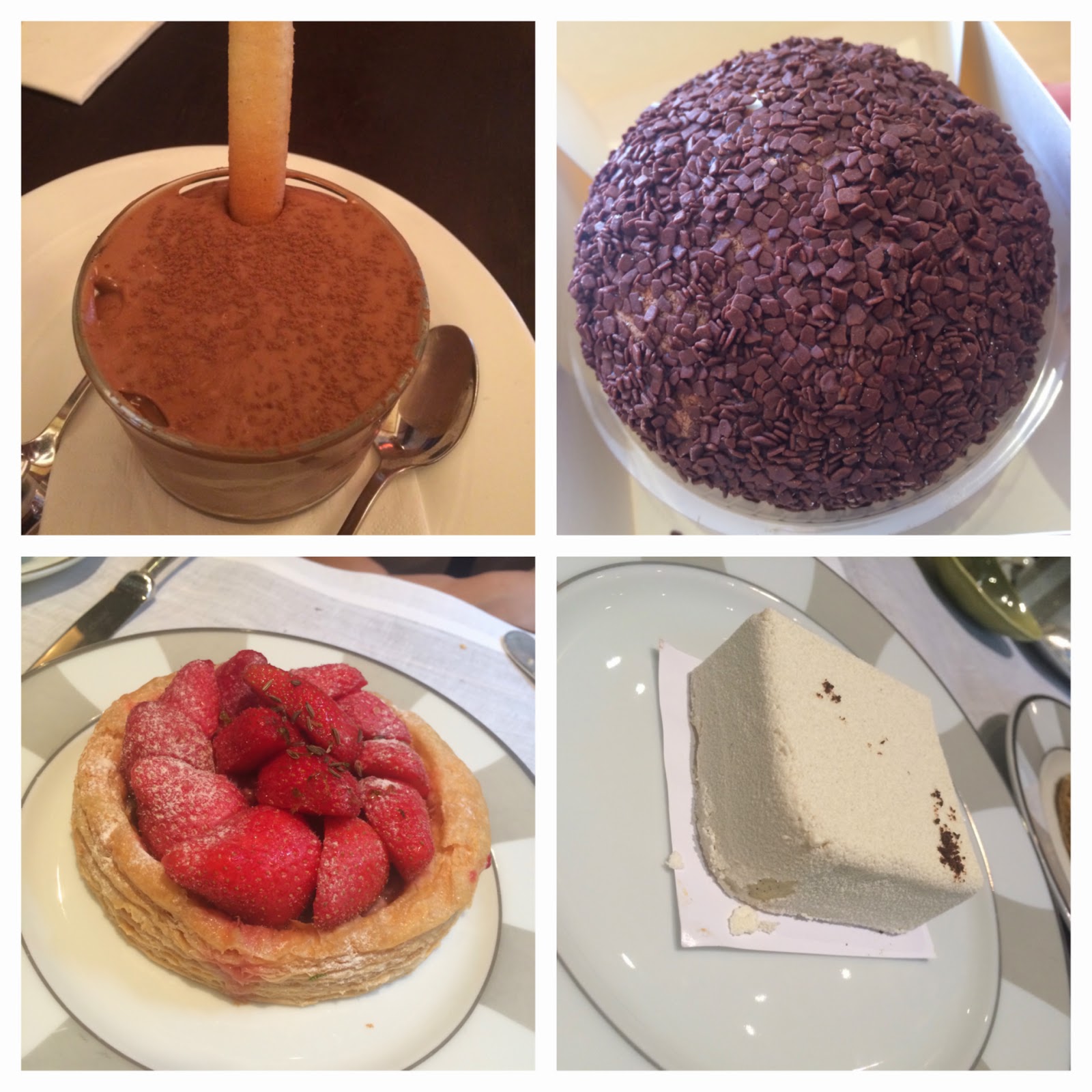 Next up is a Nutella tiramisu…best. thing. ever from a little brasserie named Le Zinc.  That weird ball looking thing was chocolate on the outside with meringue and swirls of chocolate on the inside, it was interesting but so sweet I could only eat a few bites.  I got this after a long afternoon at the Monet Gardens, from La Petite Chocolatière.
The bottom two desserts in the picture above are from when my friend and I had afternoon tea at the Hotel Daniel, the first is a strawberry puff pastry that had custard in the center, obviously, it was great.
The second dessert was a white chocolate cookies and cream type of mousse.  I can’t even begin to tell you how amazing this was, I love white chocolate, I know it’s a love/hate type of sweet, but OMG, it was to die for. 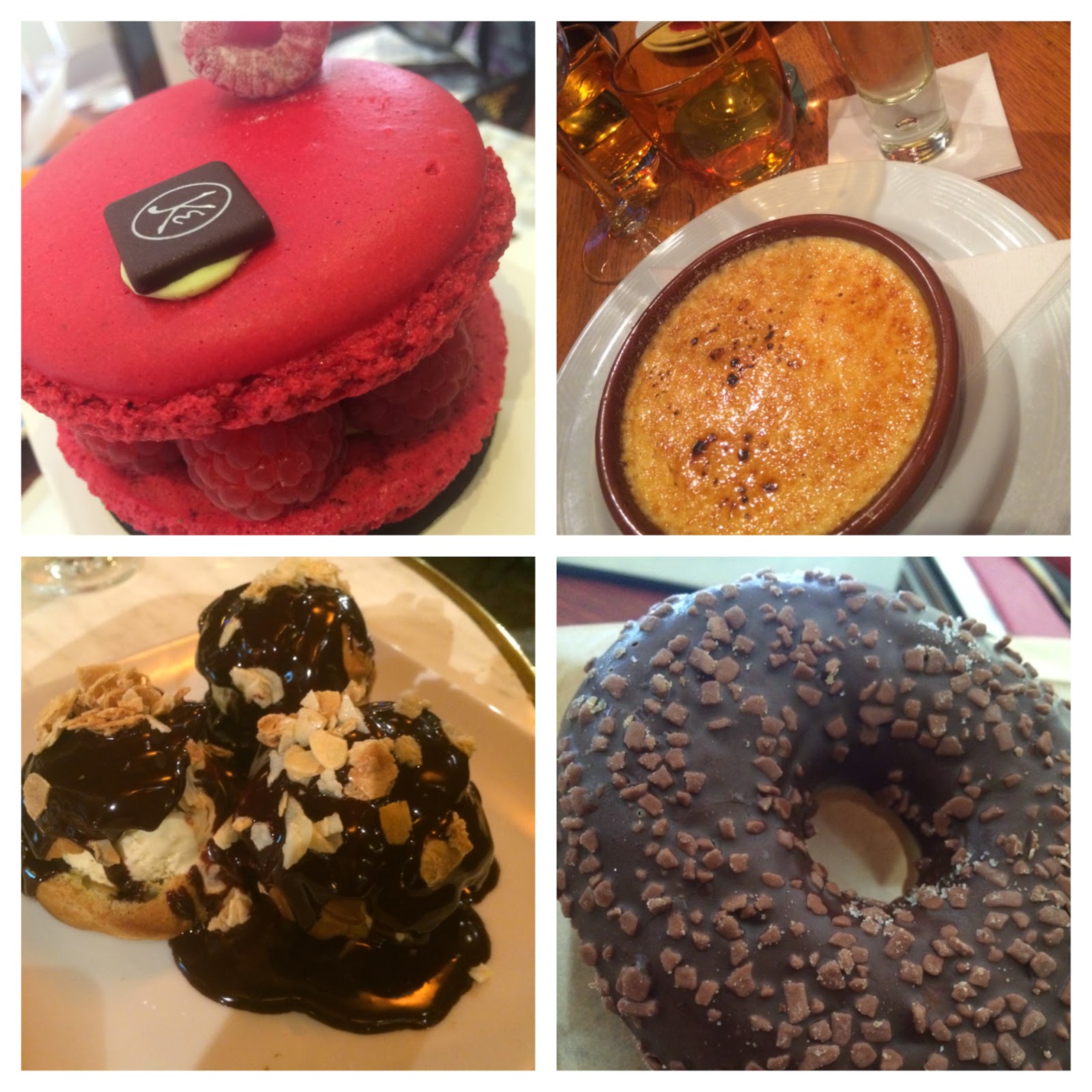 These next four desserts above serve as the second round of deliciousness.  The top is a huge raspberry macaroon from an Eric Kayser bakery on Rue de Commerce, the custard was bomb and the raspberries were so fresh, it was amazeballs.  The next yum dessert is from Sofa Cafe, right near the jaw-dropping Galeries Lafayette, and it is a simple creme brûlée, because, I mean really, I needed to have it.
The bottom two desserts are profiteroles from La Suffren, where we dined the first night, and a chocolate donut from the bakery around the corner, whose name is escaping me right now, but I’ll figure it out!  I literally had profiteroles in like 4 different restaurants, but I decided to not show almost the same picture over and over again! 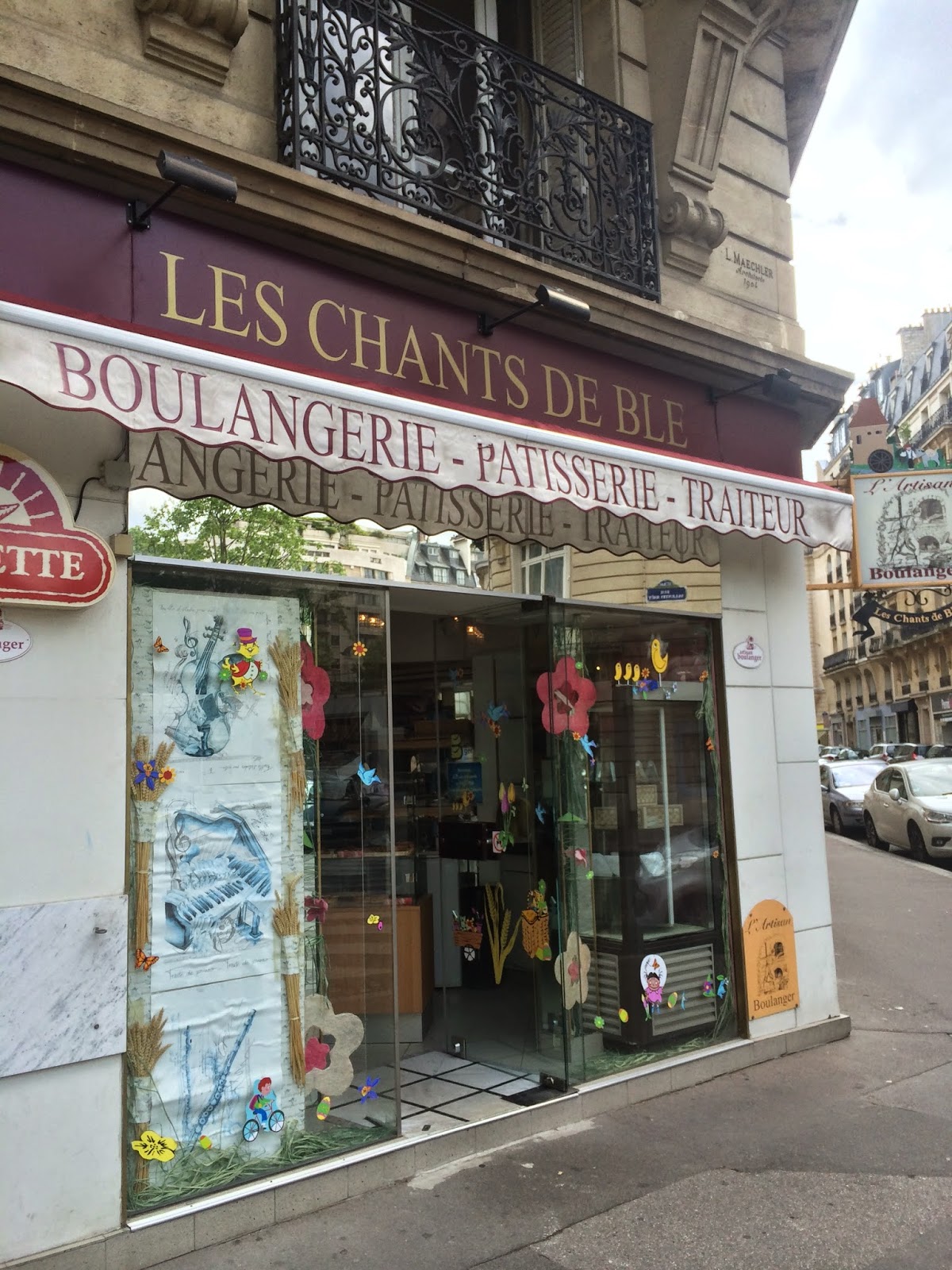 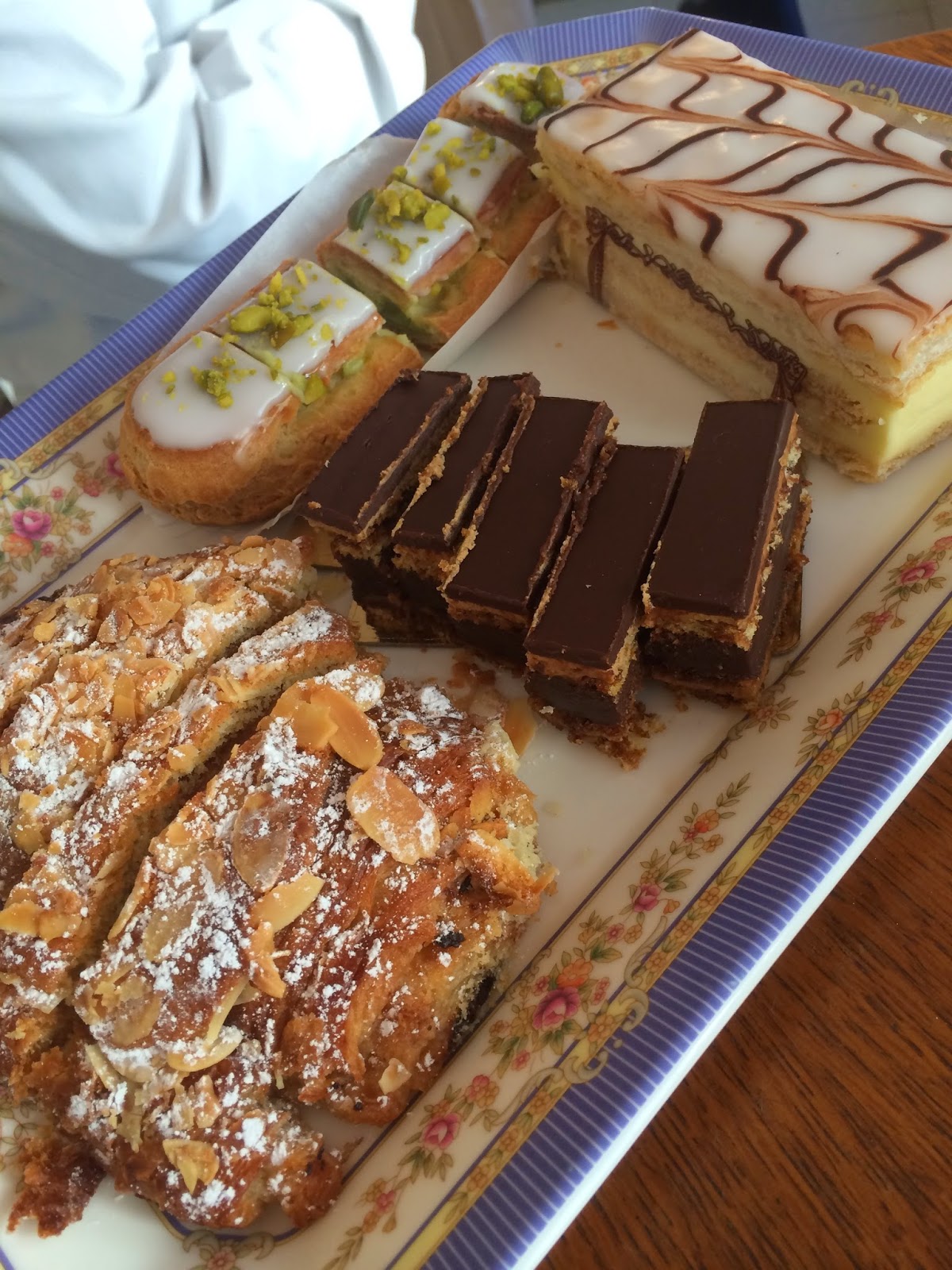 This little plate of joy is from my friend’s family friend’s bakery, Les Chants De Ble, and I can’t even begin to tell you how amazing each pastry was.  There was a pistachio eclair, mille-feuille (aka for Americans, a Napoleon), Opera cake, and an almond puff pastry (I don’t know its “official” name!).  I’m not a pistachio lover but seriously, that eclair was outstanding.
Not only did I get to eat those yummy desserts above, but I got a lovely tour of the bakery, which makes 700 baguettes a day! That’s a lot of greatness.  It was so awesome to see where everything was made, it seemed like such a small space, but everything was running so smoothly, it was truly a unique and amazing experience.

SO, that was my adventure in Paris’ dessert paradise, it was an amazing time to say the least!! XO