Skip to content
I’m so obsessed with hibachi food, it’s weird.  I miss my beloved Shogun 27 back home in Jersey, there’s nothing around Arlington, VA or Washington D.C. that’s quite like it- I mean, they still give you both fried rice and noodles at Shogun…hello, it’s great.
One night last week in my hibachi frustration I decided to create my own…and it came out super good!
It was so easy and I can’t wait to make it again, probably next week…don’t judge.
Shrimp
I decided to make shrimp, but obvz you can make hibachi steak and chicken too.  After I thaw them out I leave the tails on and put them in a pan with a bit of butter.  I added garlic and pepper, and then added in the best sauce ever, Trader Joes San Soytaki.  Words cannot describe how much I love this marinade, it contains soy sauce, garlic puree, ginger puree, sesame seeds, and soybean oil.  It is the epitome of hibachi.
{Don’t add in any extra salt, the marinade covers that for you} 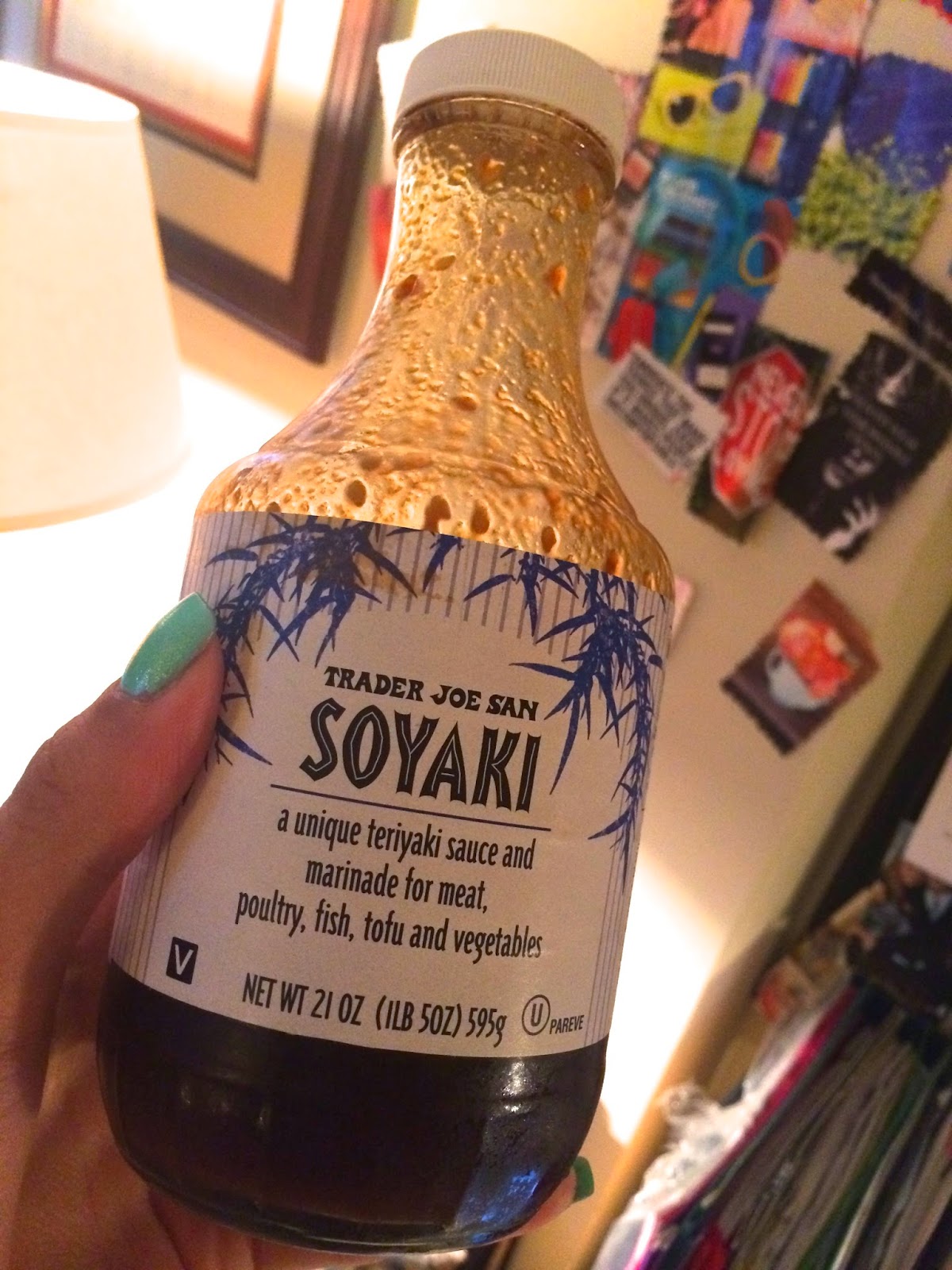 Noodles
I use Trader Joe’s corn pasta, luckily I had some spaghetti.  I just cooked about a handful for myself and broke the spaghetti in half.  I end up putting it in the pan, with the shrimp, at the end so I didn’t want the noodles to be difficult to manage.
After I cooked the pasta I dumped it into my shrimp pan…right as the shrimp were almost done cooking, and pretended my medium sized pan was a hibachi grill.  I added a teeny bit more sauce to make sure the noodles were totally covered, but not drenched.  That’s gross. 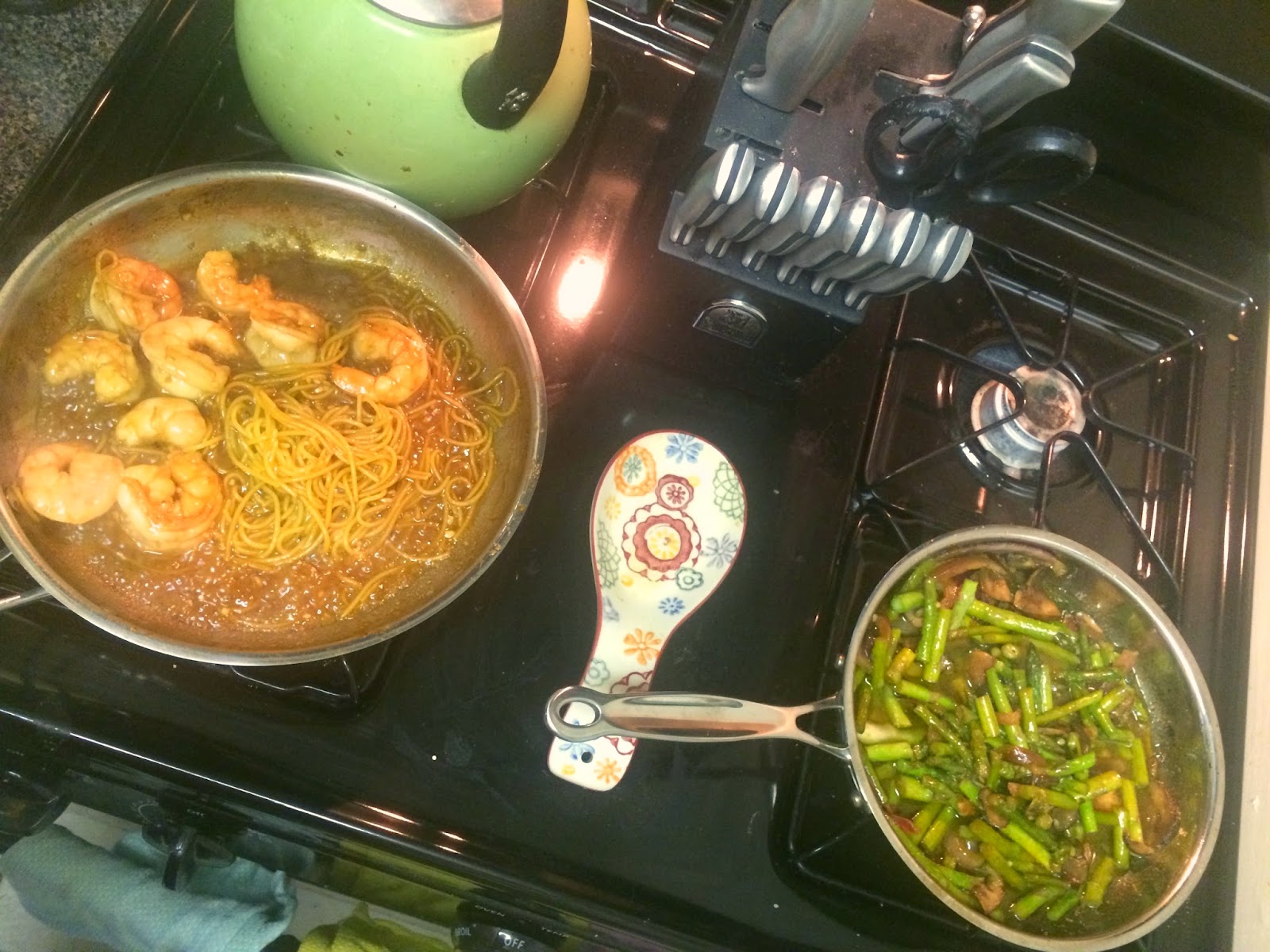 Veggies
I love buying the prepackaged stir-fry plates from Trader Joe’s, this one had onions, mushrooms, and asparagus.  I cooked them in some olive oil, garlic, and pepper, then added them to the shrimp/ noodle combo at the end to get that fab Soyaki marinade on ’em.
In total, minus the cooking the noodles, the dinner took me about 10-15m tops.  I made more than I could eat for dinner, and it was perfect as leftovers for lunch the next day! 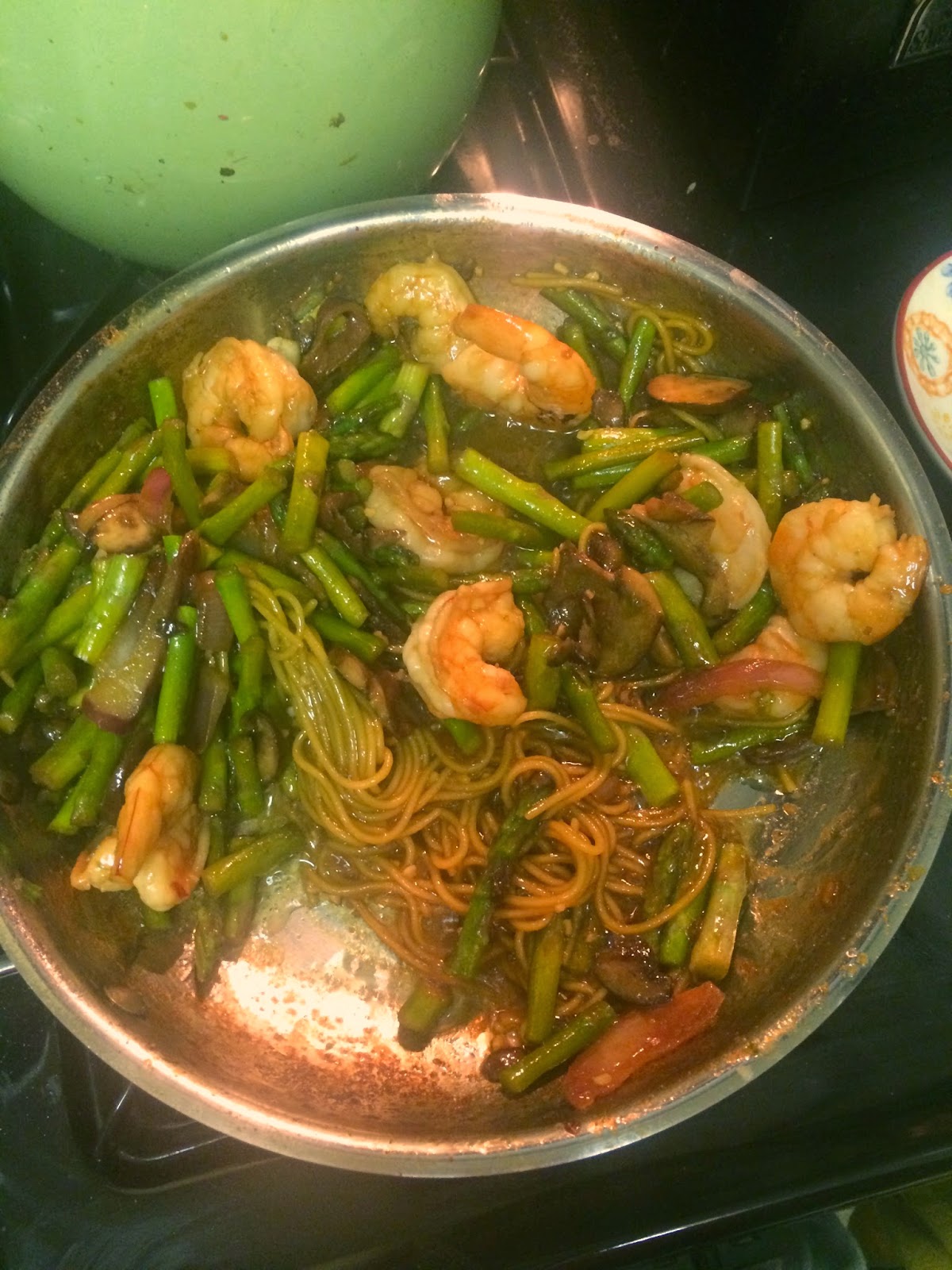